Most of us woke up well rested after such a comfortable night’s sleep in this hotel.  We gathered for a great breakfast and then went in different directions for the day.  Lucas, DJ and Lance opted for staying close by for a laid back day, the rest of us took taxis to Central Lima to explore.  Our main motivation for going there was the the San Francisco Monastery with its gorgeous Colonial Church and very eery Catacombs which we got to explore.  How a propos for Halloween.  Thousands of people are buried down there and we got to see at least a couple of hundred of them!  It was even more fitting that our tour guide looked just like a James Bond movie villain complete with the accent.  No photos allowed in the Catacombs, you will just have to use your imagination….it wasn’t exactly a place where you would want to hang out for longer than we did!  When we had finished our tour, we caught up with Nadia, Mario, their friend Eduardo, and they produced gifts….for all of us!  So very thoughtful and we were so touched.  Yet another wonderful example of Peruvian hospitality and generosity. 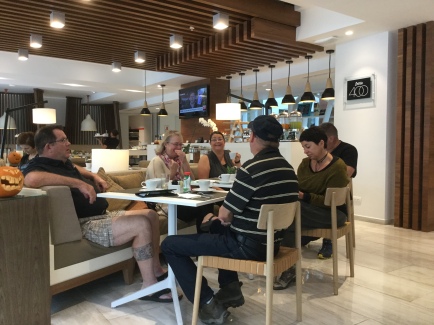 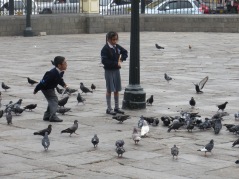 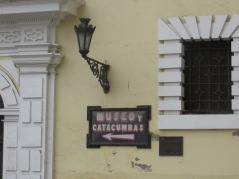 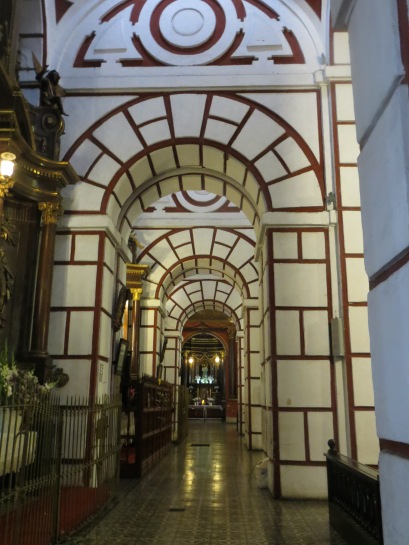 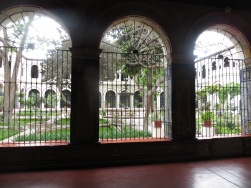 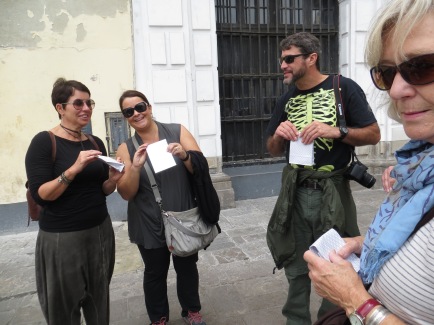 We then made our way to the main square and saw the tail end if the changing of the guard at the President’s palace.  Once again, there is no lack of color anywhere… 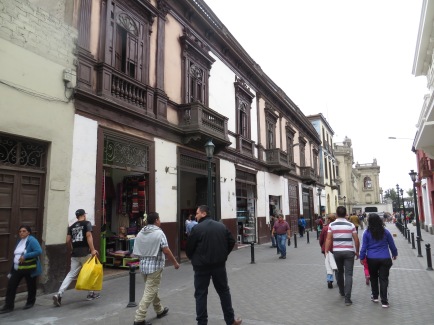 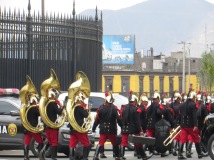 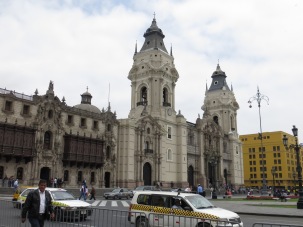 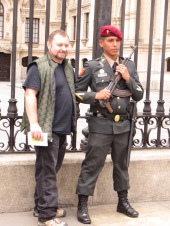 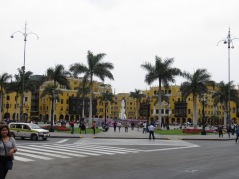 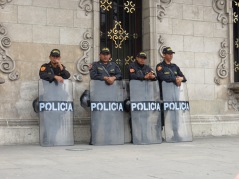 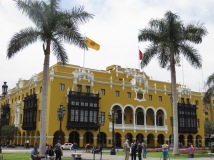 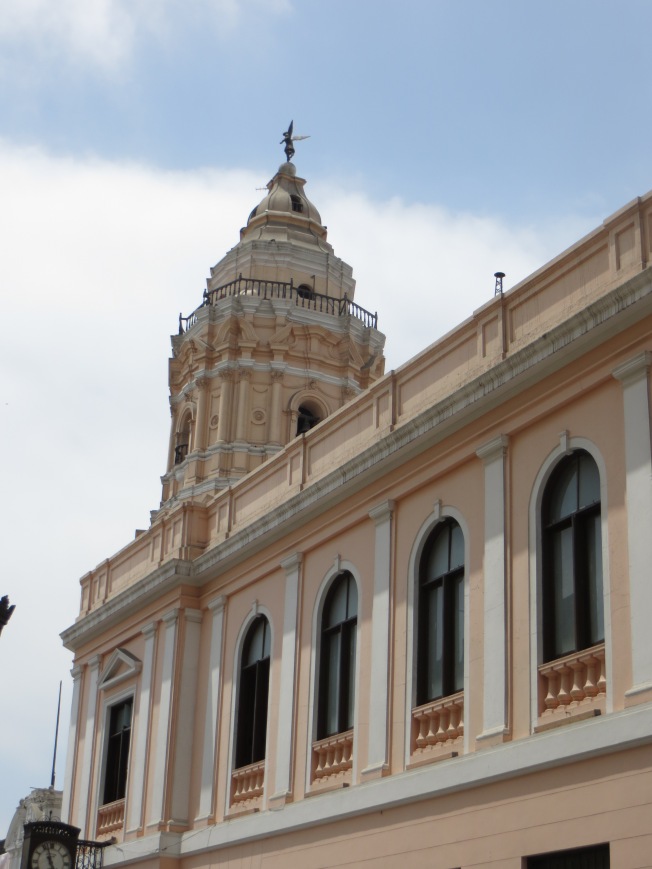 After heading to a market to browse for last minute gifts, we headed for a cafe on the pedestrianized street just off the main plaza.  We picked the place because of the promise of a free Pisco Sour!  We are so easy to please….except that it was essentially a shot glass size drink!  I switched things up by picking duck with apples and risotto, delightful!  Heather had a lovely salad, Cherry and Silvia had Causa and Chris had a huge bowl of delicious looking soup with an order of tequenos too.  Cindy sat at a separate table with Nadia, Mario and Eduardo and their choices looked equally delicious.

After lunch, we decided it was time to head back to Miraflores to ready ourselves for the journey home.  Cherry, Silvia and I took the first taxi and what a ride it was!  You know how it is when in the movies, the main characters speed through a city accompanied by very loud music…??  Well cue that, because we had our very own soundtrack.  However, as I was sitting upfront, I soon realized that the driver was not blasting it for our benefit but for the fact that he was falling asleep…..yikes.  We did make it back in tact, seeing some great things and of course dangerously weaving in and out of the traffic. 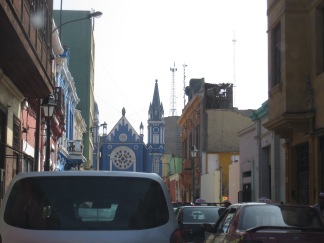 Once back there was a bit of time to have one or two more Pisco Sours before leaving for the airport.  While doing so, it was fun to watch kids passing by in costume, trick or treating in the shops.  Apparently it’s a relatively new tradition. Lucas went and spent his last few soles on some candy to give out.

The bus arrived just as we had ordered our final Pisco Sours.  The drinks fortified us for the crazy journey, in rush hour traffic, to the airport.  I will never forget the traffic!!  When we arrived at the airport, Nadia was waiting with more relatives!!  Cindy was once again thrilled.  It was lovely to be waved off by our new friends, a fitting conclusion to this trip of a lifetime in such a warm and hospitable country.  A delight, from start to finish.